Get fresh music recommendations delivered to your inbox every Friday.
We've updated our Terms of Use. You can review the changes here.

by Honey For Petzi / SDNMT 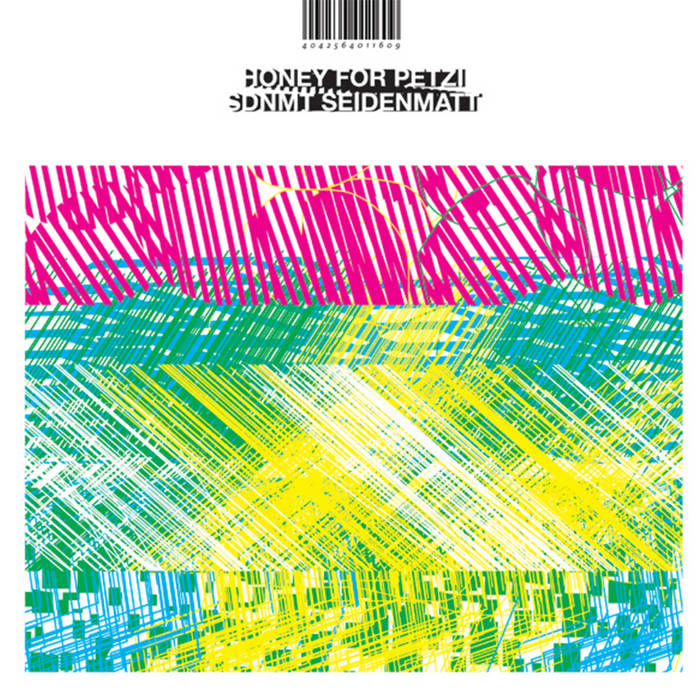 it's the return of the clandestine. at last we are granted a sign of life from two bands we virtually don't know anything about: lausanne's honey for petzi and sdnmt from berlin each release two new songs on what is the most beautiful of all formats: a 10" record. much more compact and raw than on their last album "nicholson" (gentlemen), honey for petzi's songs follow the direction the band has taken on from their fantastic album "heal all monsters" (gentlemen/supermodern). honey for petzi do not so much think in seperate tracks, but in movements. their ensnared rock music closely passes odd rockisms, managing to avoid direct contact. enthroned in the music's center is the forceful and sparse drumming, dry and gristly bass and guitar figures and figurines playfully revolving around it in imperfect circles. the rough and dense sound and - especially in song two - the opposing beautiful harmonic movements once more demonstrate this band's impressive development within the coordinates set by their sparing use of instruments, and the ease with which they manage to break them apart. while honey for petzi thicken and condense their music more and more, sdnmt try the opposite. with more lightness than on their album "wasserluft" (sinnbusrecords), they abolish their meticulously explored patterns of rise-and-fall dynamics, making way for a softer flow and a smoother breeze in their songs. noisy movements, once intensely celebrated, have been replaced by short and precise eruptions, sometimes mere suggestions. take "durchlicht" as an example: the soft drumming, gently entering the song, evokes loudness through its explicit absence. researching the effects of sound and noise, sdnmt have discovered little shapes and forms, pauses and light structures. it is obvious that the band's approach to their music has become more relaxed, thus enabling them to act much more intensely and concretely than on their early recordings.

Bandcamp Daily  your guide to the world of Bandcamp

Mille Petrozza stops by to talk about the new Kreator album, plus music by Trauma Bond